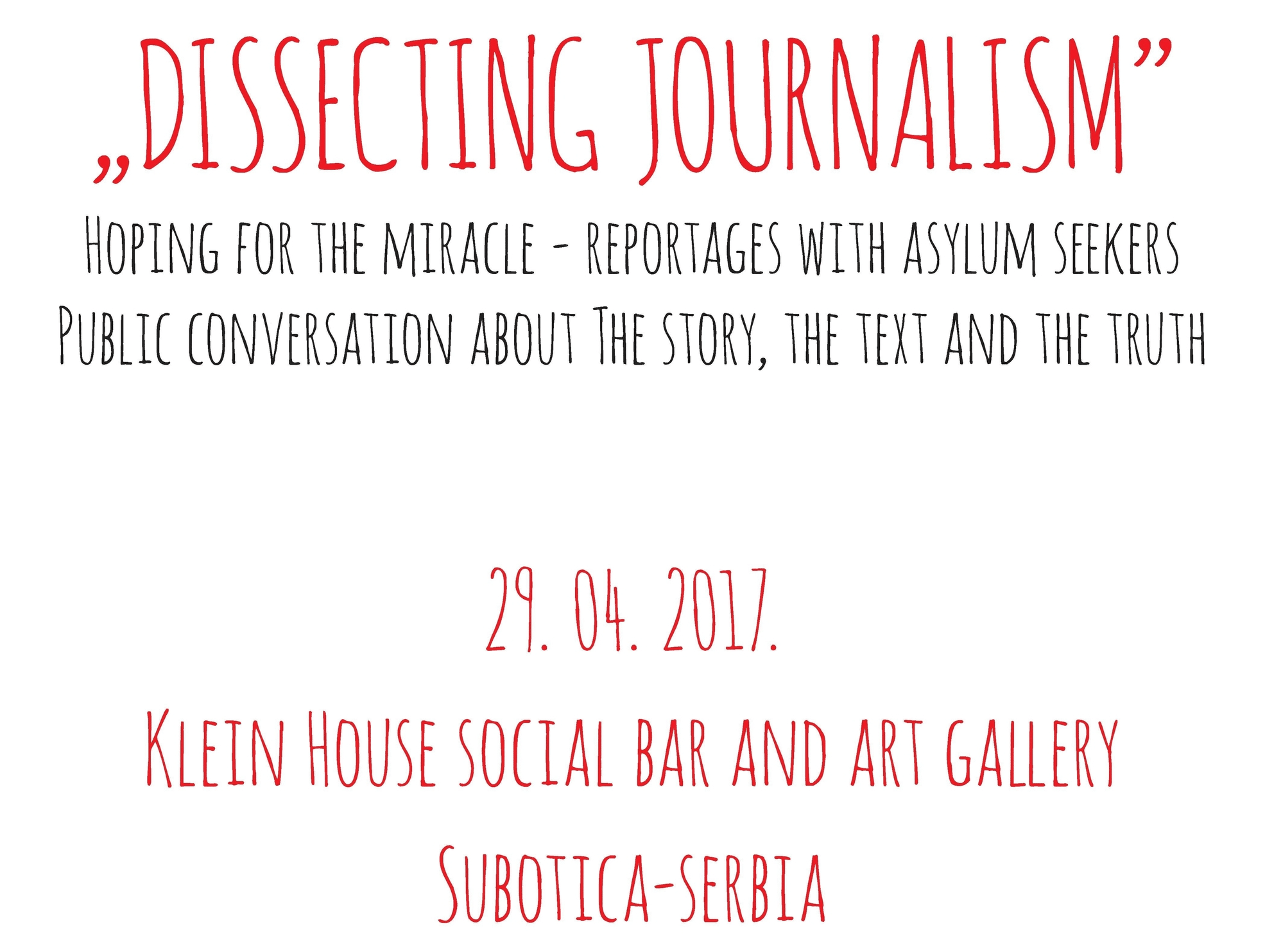 Hoping for the Miracle – Reportages with Asylum Seekers

Held in Subotica, Serbia on  29th of April, five professional journalists, who have been regularly reporting about the refugee crisis, will be making television interviews with refugees waiting to enter the transit zone at the refugee camp of Subotica, and also with Pakistani refugees hoping to cross the border illegally hiding in the nearby forest called the “jungle”. Later in the day, a debate will be held with local high school kids to discuss the interviews.