At the first Hungarian event of the My Story project we explored the direct experiences and other sources of information based on which our participants (about 70 people, workers of migrants’ organisations, mayors, journalists, teachers and students, representatives of higher education institutions and citizens) had formed their internal views and opinions on the migrant crisis. These sources, for instance, included personal experiences, the following of opinion leaders and basing opinions on content from television, Internet or government facilitated propaganda.

Furthermore we examined the kind of photographic, view forming situations that are in line with or are overlapping with these internal views and the associations created in relation to buzzwords like ‘migrant’ or ‘refugee’. Additionally, the participants debated their views on the roles played by the media and the authorities during the migrant crisis in Hungary.

These were the key topics in the first half of the event that covered seven different roundtable sessions where the participants –in opposition to the majority of Hungarians – depicted their personal experiences with migrants as strongly positive ones in the summer and early autumn of 2015.

A dramatically different opinion was expressed on the totally negative media campaign by the Hungarian government that eradicated all other public agenda and bombarded people with a rhetoric of military self-defence mobilisation for about a year.

During the preparations for the event, when interviewing citizens in the streets of Hungary, almost all interviewee echoed the stigmatisations from the government propaganda that focused on the refugees as threat agents to the white population’s Christian culture. The intellectually more prepared individuals of the half of Hungary which fundamentally rejects the adoption of refugees, however, refuse to engage in face-to-face debating. The result of the divided media scene and the dividing politics in Hungary is that everyone feels safe only in opinion communities that are alike, and don’t risk identity, existential situations or personal relationships. 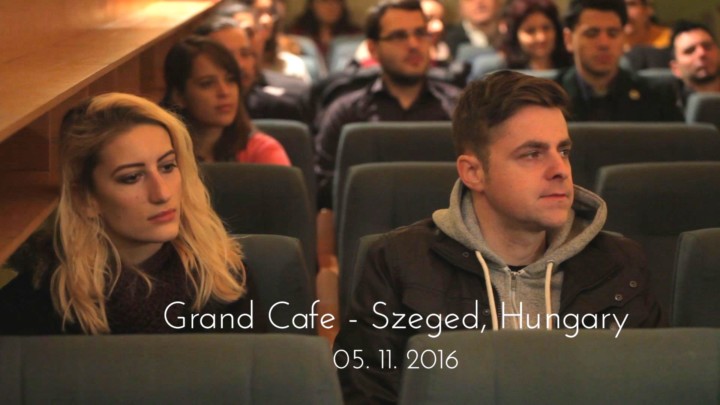 In the second part of the event we centered our attention on the role of schools and media education in raising awareness -and assisting the interpretation- of the fundamental questions around the migrant crisis, in a country where schools are maintained by the government, where directors are appointed by governmental bodies, and where public debate is dominated by the politics of extreme intolerance, isolation and fear generation.

The final session of the event dealt with the direct experiences of migrant organisations, e.g. Szeged MIGSZOL (Migrant Solidarity Group of Hungary) with national and international media in action during the peak of the migrant waves.

The output of the event will be two forty-five minutes long edited video films in support of democratic literacy-, media literacy-, participatory culture- and human rights education in formal and non-formal educational settings.