Which Countries are Hosting the Most refugees? 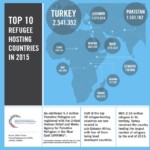 Which country do you think is hosting the most refugees currently?

The UK? Germany? The US?

It is often reported in the media that countries in western Europe are being ‘swamped’ by migrants and refugees beyond our capacity to provide care. A look at the acutal figures tells us a different story.

Turkey is currently hosting 2.5 million refugees and migrants, Pakistan comes in second place at 1.5 million followed by Lebanon, a country with a population of only 6 million, housing (1 million). In fact, Amnesty International states that more than 4.5 million Syrian refugees live in just five states: Turkey, Lebanon, Jordan, Iraq and Egypt.

In comparison, in 2015 European countries agreed to offer asylum to 292,540 refugees although more than a million have applied.

The UN’s infographic below breaks down the numbers. 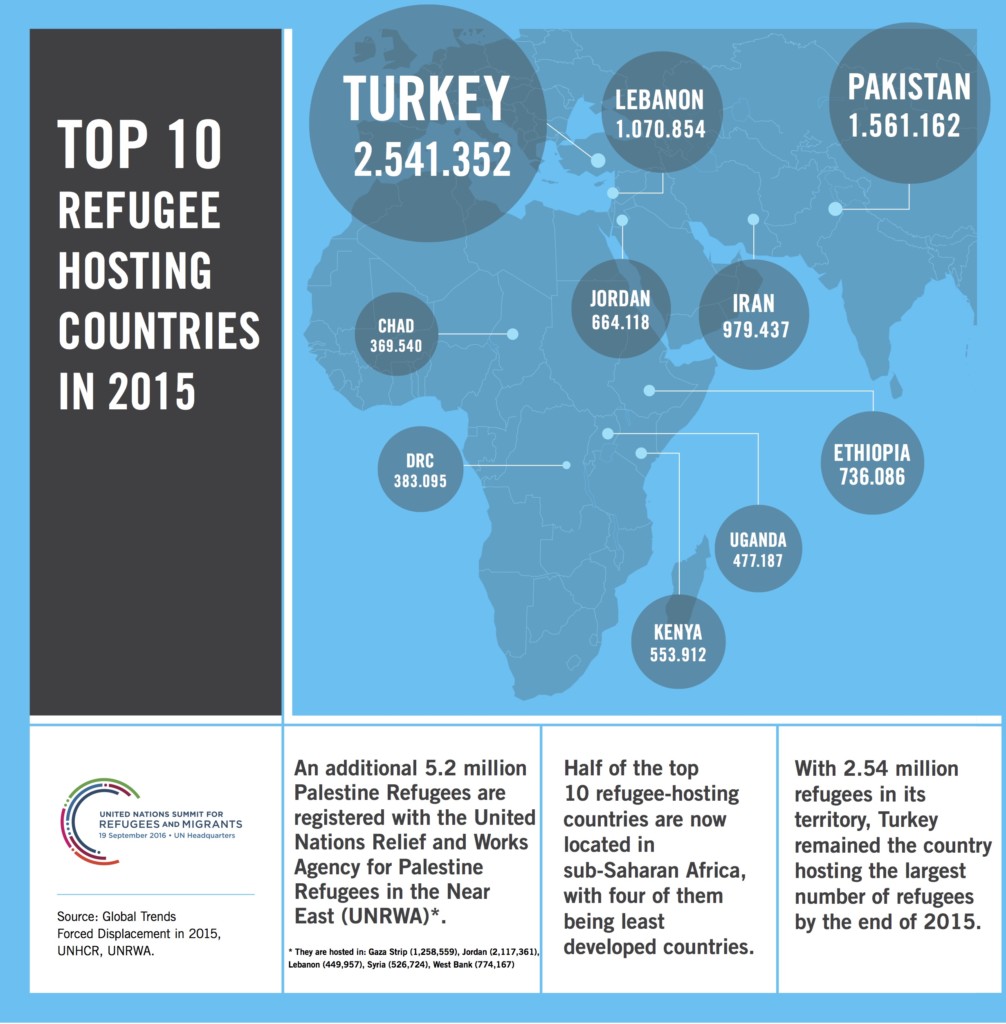