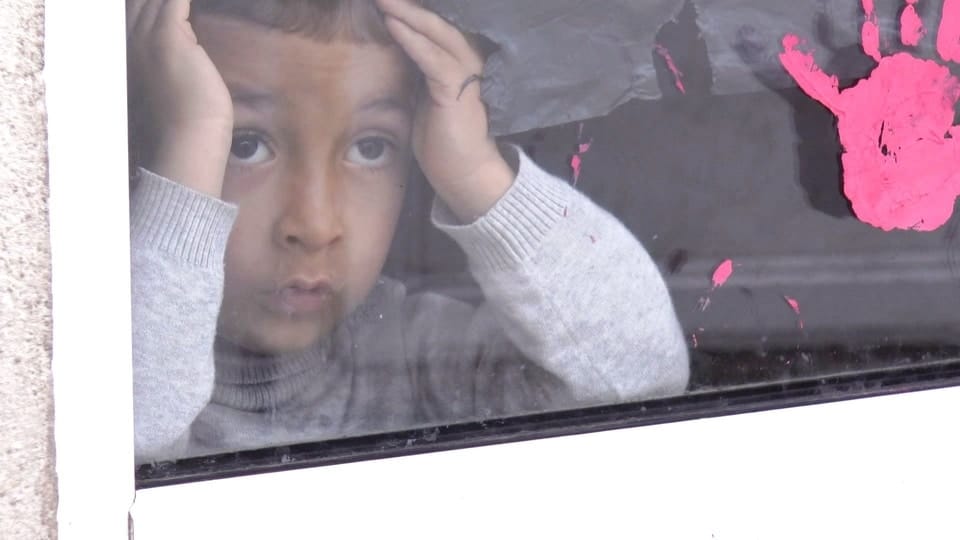 Report on the second event of the MyStory Project, organised by the Hungarian Moving Image and Media Education Association in Subotica, Serbia on the 29th of April.

We consume huge swathes of information broadcast by the news media. As McLuhan suggested 50 years ago, the media has become a cannibalistic beast, reporting primarily on the media itself. However, we have a limited understanding as to why the news behaves in this way. And while we might know some of the impact fake news and digital propaganda has on mainstream media, what is clear that it is necessary that we rethink how journalism operates.

A primary focus of European media, and one that will doubtless be of historical significance, is refugees. It could also be considered a key indicator of “classical” journalism.

By observing journalists, experienced in reporting phenomena such is the refugee crisis, we hoped to find out how they, without pressure from politicized editors, reported on the subject of refugees.

We invited journalists Nick Thorpe, Central European Correspondent for BBC News, Ádám Bihari, Hír Televízió, András Földes, Hungarian news media, and Judit Windisch, hvg.hu, to conduct interviews in Subotica Refugee Camp on 29 April 2017. As part of the task, we asked them to edit their materials immediately after recording them, with narration and subtitles where necessary.
They were also invited to take part in the analysis of the interviews in front of an audience of high school and university students, as well as their teachers from Subotica and Szeged at the local Klein House.

Also present at the discussion were the interview subjects; the refugees themselves. This provided them the unique opportunity to challenge how their stories were told by journalists.

The refugee crisis is a hot potato not just in the media and in politics, but in everyday life in Hungary and Serbia. The interviews themselves were conducted in a camp where only five refugees are allowed to cross into Hungary daily.

Just days before the programme began, the Principal of the Hungarian high school (primarily state funded) in Subotica informed us that he had been subject to angry attacks by his colleagues. He was accused of making students participate in a radical, politically oppositional event, risking their careers and their future. As such, he could not promise that the whole class would attend.

It was for these reasons that students from Szeged high school were not shown in the video.

The controversy seemed to lie with the mere questioning of how journalists in the Hungarian media chose their topic and genre, what was recorded and what was edited, what their message was, and what tools they used.

Nick elected to go against standard BBC formats, and operated with a classical reportage movie approach. His approach was to ask his subjects about topics removed from their present situation. In his interviews, he asked refugees about their homes and dreams.

The interviews were précised by Nick himself recalling his own first memories. The smell of cigarette smoke in a small town pub in South West England; the smell of home. The home, from where each and every one of us starts, the home we all want to create. Behind the reporter we can see a scenic, placid lake. All is quiet and calm. 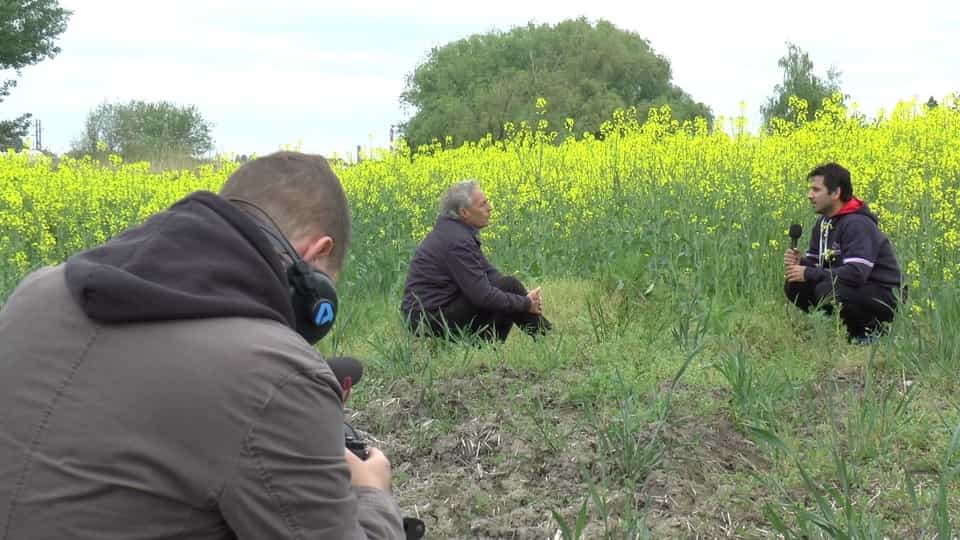 Arsalan from Afghanistan, standing on the bank of this Serbian lake, tells about the village where he was born. His first day at school, where he experienced such big noise, and about a faded memory of a little bird. Abdullah from Kabul remembers his grandfather’s house by the tall trees in the middle of the jolly yellow buttercup fields and the smell of the flowers.

The message is loud and clear, everyone understands it. With this simple solution, Nick made the differences between himself and his talking partners disappear. There are no more British reporters and Afghans refugees. We see only individuals, talking about home.
András, who had been reporting on ISIL in Mosul, Iraq, just a few days before, took a different approach. He wanted to find out why the Pakistani refugees disappeared from the abandoned brick factory in Subotica on the week right before the 29 April 2017. It was a notorious hiding place on the Balkan route, together with the “jungle”, where refugees began growing onions in the name of a Serbian-Pakistani agricultural “collaboration”.

Framing the story, the title of the short film since aired on Index answers this question: “police brutality and prison are the reason for refugees disappearing from the border”

András plays by the rules of investigative journalism, providing the media with the role of the watchdog.

Ibrahim from Bangladesh, has given up on entering Hungary illegally but unrestrained. He registered, and on the 29 April, was also a resident of the refugee camp. Two days later, he was no longer residing there, having been transferred to the Serbian-Croatian border. Ibrahim tried to cross the border fifteen times over the course of the winter, his toes were frostbitten, he was captured by policemen and transported to hospital. He received treatment for four days, whereupon he was taken to the border, beaten by police and forced to eat his hospital discharge papers and deported back to Serbia.
On the day that András’s interview was released, the Hungarian Ministry of Interior released a statement saying:

“Each and every word of the migrant interviewed by the index.hu news portal is a lie. Ibrahim K. is not registered in any of the police or asylum seeking databases. Thus he did not enter the territory of Hungary not even once, let alone fifteen times – as he claims.”

Ádám compiled a news magazine piece as to what a journalist sees and feels at the Subotica refugee camp. The journalist’s narration tells us the story of Amira, an engineering student, and her husband from the Yazidi minority. They fled Iraq and the terror of the Islamic State. As part of her interview, Amira stated that around 3000 women are held by ISIL as sex slaves. Amira and his husband were captured in Bulgaria and beaten by policemen. Human traffickers asked 2000 USD per person for taking them to Serbia.

Zohir, a father of four, said, “I saw a man beheaded at the market, they claimed that he had been spying for the free Syrian army”. He left his home in fear.
Ádám, along with Judit, placed composed and minimalist stories of their interview subjects within the context. The journalists justified the truth of these dramatic fates by tiny but telling observations. As Judit writes about Amira in her piece:

“While she speaks we notice the remains of nail polish on her fingers. This is what reminds her of her femininity, she says.”

The completed materials were screened and read, one by one. The discussion was moderated by Natalija, the journalist from Subotica, and myself. But secretly, everyone is watching Amira, Ibrahim and the rest of the refugees present to gage their reactions.

One of the university students from Szeged was determined to hold Ádám Bihari accountable. He gave an answer that surprised most of the audience, sharing a basic rule of independent news media: you cannot help your subjects – not even to give them water.

Natalija disagrees, and tells a story from the peak of the refugee crisis. Because she had a thorough knowledge of the area, she helped western journalists, but only if they agreed to her terms: that they go to a shop and buy an essential item costing €10 for the refugees.

The question remained, in the battle between principles and practice, which should win?

The result of the program

We recorded the events of the day on three cameras. The educational video, one of the end products of the MyStory project, that may be used in formal, informal or non-formal media education, or in any other aspect of the (media) representation of the refugee crisis, will be made from this material.
This report was written by the Hungarian partner of the MyStory project, represented by László Hartai, and edited by Naomi Thompson.

We have a limited amount of knowledge about why the news is presented to us the way that it is. And even though we might have little knowledge about the “why” in this time of fake news, and manipulative propaganda reborn in digital media, and affecting mainstream media more and more, we have to rethink how journalism actually works.

One of the main focuses of news media in Europe that could maintain a lasting interest is the question of refugees. A topic that could be considered as an indicator of the norms of classical journalism.

We tried to find out what we would observe watching professional journalists, highly experienced in the subject of the refugee crisis, in action. In this social-political-geographical setting we can read from journalists, journalists who are not pressured by their editors to serve a political interest, at least concerning the subject of refugees.

Journalists who have a chance to decide what to talk about and how to do it.

Our aim was to observe and depict their methods from as close as possible.

This report was written by the Hungarian partner of the MyStory project, represented by László Hartai, and edited by Naomi Thompson.