The #MyStory: Media, Migrants & Refugees project (577396-CITIZ-1-2016-1-BE-CITIZ-CIV) was funded with the support of the European Union under the Programme “Europe for Citizens”

It was an initiative to raise awareness, promote discussion and assist journalists, migrants and refugees and the organisations working with them, to contribute to improve the media narratives of displaced peoples in a fair way.

Within the project we organised ten events in seven different countries. Our debates have been very well received including at the highest level at the European Parliament. Many quality videos have been produced and they are available through this website. Here is where we were!

‘The inconvenient Truths (Journalism against bias and stereotypes)’

A debate involving citizens, refugees and journalists to document how individuals’ opinions are shaped by the media and Government. 78 participants, mainly Hungarians. More information http://bit.ly/2DCggTH  http://bit.ly/2DwvPt2

Mainly Greek participants expressed their views on the migrants’ crisis. Discussions range from the spread of hate speech to the misinformation from media. Participants: 35 including refugees to testimony their experiences.

114 Participants from Italy. At the University of Naples, many different aspects related to migration and media have been debated, Many Refugees were also present. It followed an interactive workshop on story telling where 26 more people also participated. More information http://bit.ly/2DxKV5s

‘Digital Storytelling as a stimulus to social dialogue’.

The event was very interactive and focused on video literacy and participants (97, manly Germans but also including many refugees) learnt to formulate storytelling and produce low costs videos. More information http://bit.ly/2n75qf1

‘Media in operation: How personal migrants and refugees’ situations can be translated into media content’

65 mainly Hungarians participants including journalists, discussed about the production of news and how to rethink the coverage of migration. Video interviews were also produced by a BBC reporter. More information http://bit.ly/2Dv3JhG

‘Workshop media literacy, the refugees issue and the role of online journalism’.

Following on the event in Patras, 54 participants, mainly Greeks, had the opportunity to learn about how journalism shape the social discourse. More information http://bit.ly/2E0HPE0

Within the Week of Cultures to grant a bigger audience, Workshops, talks and activities

‘Role interpretations of journalists in their reports with refugees’

Given the interest originated by the previous event and documentary, an extra event with 62 Hungarians participants was organised in Hungary. More information http://bit.ly/2rsINGq

My Story, Media (literacy) and refugees.

In addition to the (a) events listed above, MyStory also carried out activities in (b) Audiovisual production and (c) compiling a Guide.

It includes about 15 newly produced videos, including two full one-hour documentaries produced by professional film directors. All the audiovisual material produced is now available on the project website and on YouTube channels for free vision. Find a selection below, for the complete list please visit other parts of this website.

http://bit.ly/2DucHMd Interviews at the event in Brussels;

http://bit.ly/2ruYNrv Naples, this video was a finalist in the MYART (Mediaterranean Youth) International Film Festival;

http://bit.ly/2Dv3JhG ‘Hoping for the miracle’, a video summary of the event Dissecting Journalism held in Serbia;

http://bit.ly/2G876Nd Summary of a lecture and workshop on the consequences of hate speech, in Slovenia.

Based on our debates, workshops, and online activities, the Guide was presented at the European Parliament and handed over to MEPs to inform also policy recommendations on the ethical conducts of portraying M&R in the media.

Those recommendations drew on MyStory’s debates and the network of contacts from the project consortium during the entire life of the project, and take into account relevant international policy papers on the subject. The Guide is available here http://bit.ly/2E6Y16Q

MyStory was coordinated by the European Association for Viewers Interests in partnership with The Alliance Internationale de Journalistes, Wisamar, Euroform, IntermediaKT, DRPDNM and The Hungarian Moving Image and Media Education Association 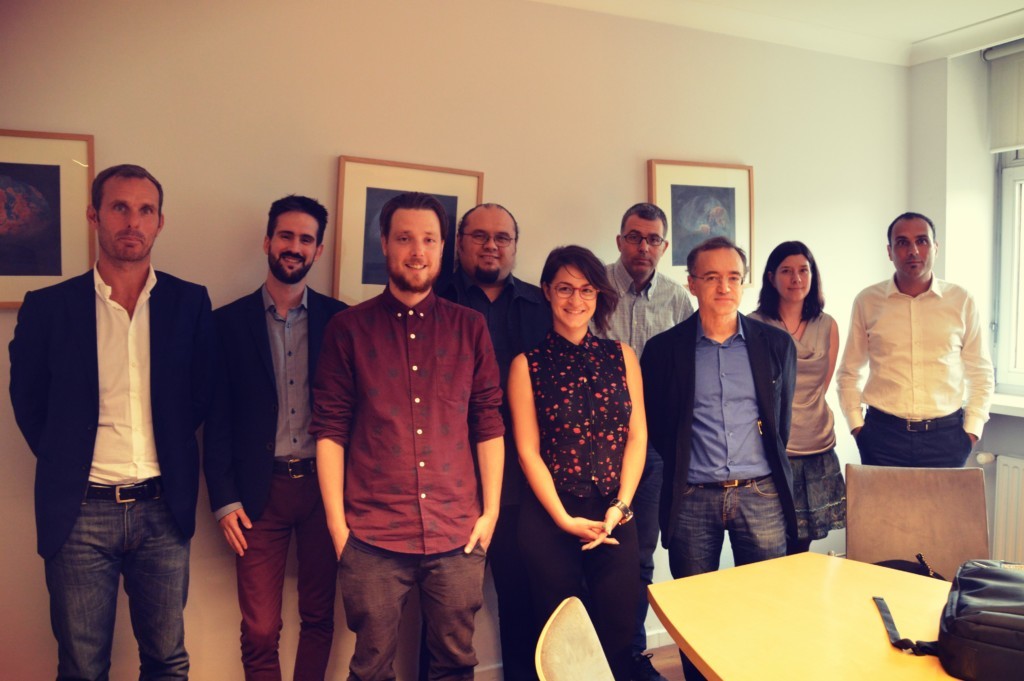